We Are Here To Help 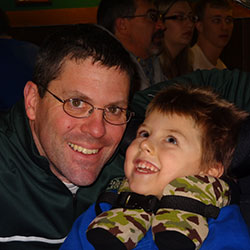 We’re glad you found us. A diagnosis of KCNQ2-related epilepsy can be a confusing, even overwhelming step in your journey as a parent. There seem to be more questions than answers, all of which revolve around a central one: What does this mean for my child?

The good news is that dedicated researchers, doctors, and families are blazing a trail through this jungle of questions. Together, we are making progress. Below you’ll find some of the FAQs of KCNQ2. We hope they serve to guide you as you continue your journey forward.

Go at your own pace. We are here to help: info@kcnq2.org.

KCNQ2 is a gene involved in the proper functioning of a potassium channel in the brain. Abnormal changes, or mutations, in the gene are associated with seizures. KCNQ2-related epilepsies represent a spectrum of conditions from mild to severe. In 1998, mutations in KCNQ2 were associated with a mild condition called “Benign Familial Neonatal Epilepsy” or BFNE. Babies with BFNE have seizures that begin shortly after birth and then stop within several months. Development is usually normal. BFNE may run in families, as the name implies.

Researchers recently identified different mutations in KCNQ2 that are associated with a severe form of neonatal epilepsy. This severe, non-inherited (de novo) form has been called several names: KCNQ2 encephalopathy, KCNQ2-related neonatal epileptic encephalopathy, KCNQ2-deficiency syndrome, and KCNQ2-related epilepsy. As more patients are diagnosed with this emerging condition, doctors are finding that this mutation contributes to a spectrum of clinical outcomes that includes developmental problems ranging from moderate to severe. 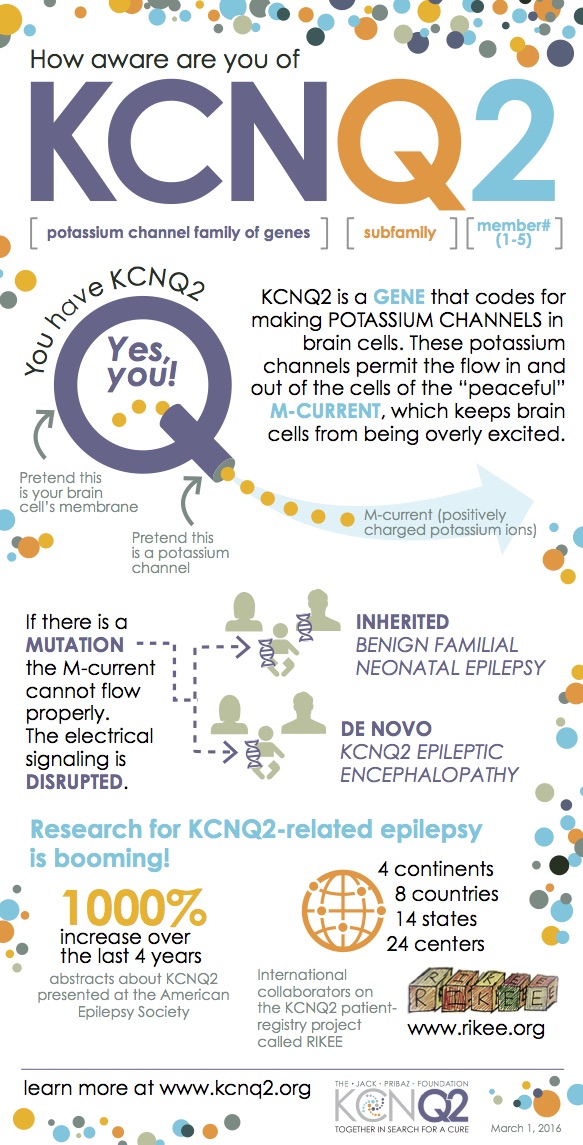 A Computer Model of KCNQ2 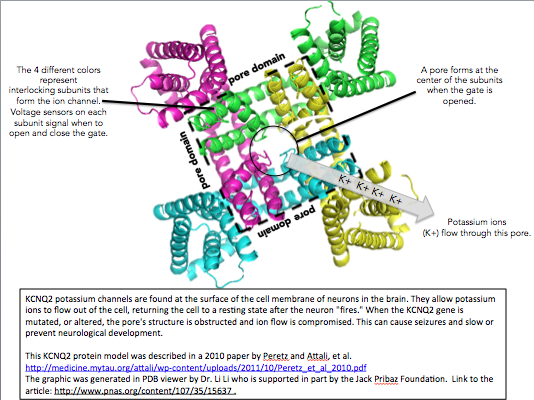 Is anyone else out there?
Yes! You are not alone. We’re here to help you connect with other families living with a KCNQ2-related epilepsy diagnosis.

Register Your Child in the International RIKEE Database

What is the state of research on KCNQ2?
KCNQ2-related epilepsy is a rapidly emerging condition. It’s gaining traction with researchers because what they are learning about KCNQ2 is valuable for understanding seizures and epilepsy in general. New, faster genetic testing is available, and consequently more patients are being found all the time. The ability of patients’ families to connect not only helps them and their children, but also the researchers whose work is expedited by a growing body of data to study.

How can I learn more?
Check back here frequently as we continue to add to our helpful resources.

Read up on the ABC’s of KCNQ2

Register for meetings and symposia

What can I do to help?
Get connected. Share your story. Donate.

Connect with other KCNQ2 families

Register in the database

Donate through the JPF