You have heard of Potiga, a drug used to treat KCNQ2-related epilepsy. But what about new drugs in development like SF0034 or RL648_81?  KCNQ2 Perspectives asked renowned pharmacologist and Jack Pribaz Foundation scientific adviser Dr. Maurizio Taglialatela to provide an overview of potassium channel openers. We are grateful for his help in understanding these drugs and offering a glimpse of what promising new treatments may lie on the horizon.

Precision medicine is an emerging approach for disease treatment and prevention that takes into account individual variability in genes, environment, and lifestyle. For genetic diseases such as most epileptic encephalopathies (EE), precision medicine aims to provide individually tailored treatments based the underlying genetic cause.

For KCNQ2-EE, molecular diagnosis may influence the choice of antiepileptic drugs. In fact, most of the genetic variants identified in KCNQ2-EE, when studied in vitro by conventional electrophysiological methods, cause a decrease in KCNQ2 channel function (loss-of-function or LOF variants). An antiepileptic drug which enhances KCNQ2 channel function may represent a novel therapeutic approach in those patients carrying LOF KCNQ2 variants.

Among currently available antiepileptic drugs, retigabine or ezogabine (trade name Trobalt or Potiga) is the only one whose clinical efficacy is related to this specific mechanism of action. Unfortunately, although retigabine is approved for use in adults with epilepsy, its use in infants and children is very limited. Moreover, post-marketing studies revealed the occurrence of side effects with retigabine, including a blue discoloration of the skin and mucosae and pigment deposition in the retina. It is yet unknown whether this latter effect, which appears as a consequence of the drug’s photodegradation and oxidation upon exposure to UV radiations, affects vision in the long term. Another side effect occurring with retigabine is urinary retention, possibly a consequence of the poor selectivity of retigabine/ezogabine for KCNQ2 channels over channels of the same subfamily (particularly KCNQ4), which do not appear to play a significant role in epilepsy, but which are involved in the control of bladder smooth muscle contractility.

To improve retigabine safety and selectivity, in the last few years, several research groups have synthesized and characterized the pharmacological properties of a large number of retigabine analogs (as well as other KCNQ2 activators structurally unrelated to retigabine). Among the novel molecules resulting from these efforts is SF0034, a compound which, when compared to retigabine, is more potent and KCNQ2-selective (Kalappa et al., 2015). Preclinical studies in animals also revealed that SF0034 exhibits a more potent anticonvulsant activity and less toxicity than retigabine. In addition, SF0034 was significantly less active on KCNQ4 channels, leading to the suggestion that, in comparison with retigabine, side effects associated with activation of this channel subtype may be less likely to occur with SF0034. SF0034 seems to be more chemically stable and does not produce blue metabolites, suggesting that it may be a useful clinical candidate for epilepsy and other diseases linked to KCNQ2 hypofunction (such as tinnitus).

Even more recently, another analogue of retigabine, named RL648_81, has been reported in the literature (Kumar et al., 2016); this compound is 3 times more potent than SF0034 and 15 times more potent than retigabine in activating KCNQ2 channels in in vitro electrophysiological studies. The same studies also revealed that RL648_81 is also more selective than retigabine for activation of KCNQ2 channel over channels formed by other KCNQ subtypes. However, no pharmacokinetic data on drug absorption, metabolism, distribution and elimination from the organism is yet available for RL648_81 (either in experimental animals or in humans), and no antiepileptic efficacy has been proven for this drug in preclinical or clinical studies. Nonetheless, it seems likely that this more potent, selective and chemically stable KCNQ2/3 activator may be yet another attractive candidate for treating or preventing hyperexcitability disorders, overcoming some of the undesirable side effects associated with retigabine.

In conclusion, based on the discovery that KCNQ2 channels play critical roles in epilepsy pathogenesis and treatment, both academic and industry efforts are being actively pursued to develop novel KCNQ2 activators. Whether these novel drugs will prove useful as targeted therapies to improve neonatal seizures and developmental outcome in neonates with KCNQ2-EE remains to be demonstrated in the years to come. 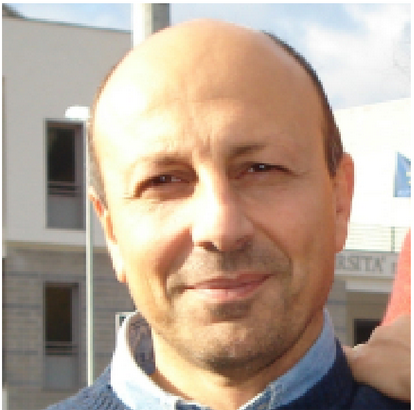 Born in Naples, Italy, Dr. Maurizio Taglialatela, MD, PhD, is a full professor of pharmacology at the University of Molise in Italy, where he was Dean of the Faculty of Health Science from 2005-2012. He earned both his Medical Degree and PhD in Cellular and Molecular Biology and Pathology from the University of Naples. At the University of Molise he serves as the scientific director of the Center for Pharmacovigilance of the Regione Molise, the chairman of the Center for Higher Education of Public and Private Management of the University of Molise, and the coordinator of the PhD Program in Translational and Clinical Medicine. Dr. Taglialatela has contributed to numerous international research committees for pharmaceutical drug development.  In the last fifteen years, he has dedicated most of his efforts to investigate the molecular pathogenetic mechanisms responsible for neuronal channelopathies, concentrating on developing experimental tools and drugs to investigate the structure-function analysis of disease-causing human mutations found in human KCNQ channel genes, in order to indentify in-vitro biomarkers useful for disease diagnosis, prognosis, and therapy.