KCNQ2 in the family

Sheila M. sent us the story of her son John, a three-year-old with an inherited KCNQ2 mutation. We thank her for sharing her family’s journey, which highlights how complex KCNQ2 epilepsy is—reflecting a complicated set of genetic and environmental factors that can result in different outcomes, even among family members with the same variant. By sharing stories and registering in the RIKEE patient registry, parents can equip researchers to better study these complexities.

John was born November 16, 2012. At 36 hours of life and at home (we had been released from the hospital) John began having tonic clonic seizures. He was in the NICU at the Montreal Children’s Hospital for a month and was released on four medications. At three months old he had more seizures that could not be controlled and was apneic. He was in the PICU for a month again, and released with four medications, with Phenobarbitol being one of them. 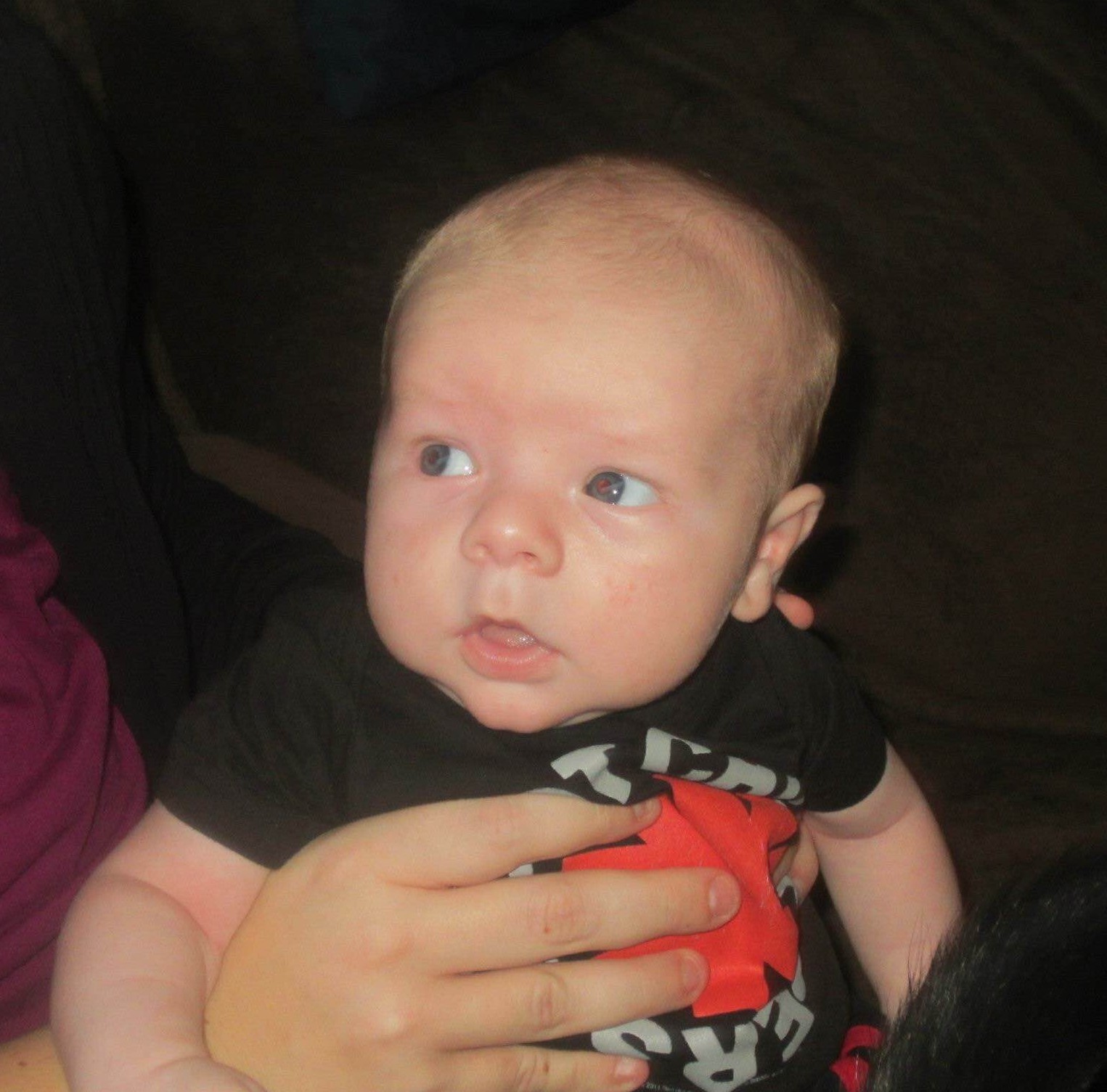 After that his seizures were less frequent, febrile in nature, and closely associated with his vaccinations, but were overall controlled by medication. We were diagnosed with Benign Neonatal Familial Epilepsy (BFNE) secondary to KCQN2 genetic mutation in August of 2013. I say we because my entire family had genetic testing and my mother, my brother, my son, and myself were identified with the mutation. My father and John’s father were not.

My mother and I both experienced seizures in infancy, but given the lack of medical information at that time, we were just told that we had seizures. Eventually my mom and I were lucky enough to stop having them after about two years old.

My brother continues to be medicated for seizures, although his last seizure was three years ago. There are no known cognitive deficits for him, my mother, or me that we are aware of.

I knew I had had seizures as in infant and was terrified I would have them during pregnancy, but I hadn’t assumed my son would have a seizure disorder. In retrospect I could have pursued genetic testing prior to becoming pregnant, but I never imagined KCNQ2 existed or had knowledge of the relationship between seizure disorders and genetic mutations.​ And my doctor was a high-risk pregnancy specialist.

Did you know? In a 2015 study, 27 of 33 families with BFNE had a KCNQ2 mutation. Other implicated genes in the studied population include KCNQ3 and SCN2A.

John is three years old now, and since he turned 18 months old we have been on a journey of heartbreaking developmental issues. It has been a tough month as our private daycare just asked us to leave because it was time to switch groups and they feel John is too developmentally delayed to be integrated with the three-year-olds. 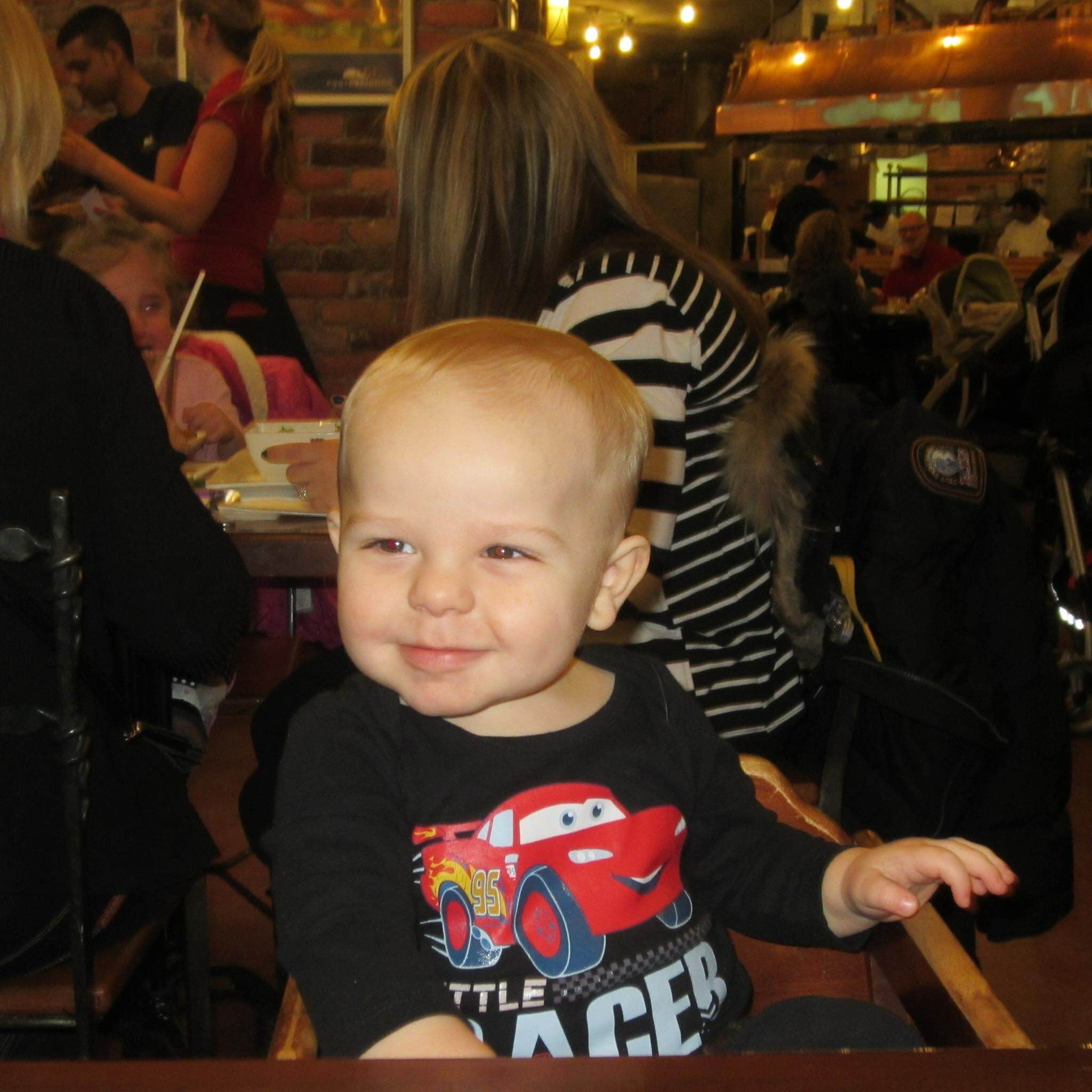 John at one year

At 18 months developmental delays began being investigated by doctors in the neonatology department. John has been identified with a severe speech delay, mild intellectual delay, and has a sensation seeking profile. He is also on a waiting list at the Autism clinic at the Montreal Children’s Hospital.

How are epilepsy and autism related, if at all? Two articles, here and here, describe the complexities and controversies of research in this area.

Privately we have spent our money on speech therapy since last January. Recently we have had a social worker through the centre local de services communautaires, or local community service centre (CLSC) and an occupational therapist who works with our son weekly. In addition, we are set to begin to receive services at the Mackay Center weekly beginning in January.

My husband and I both have to work full time and we spent more than a month searching for childcare. We were even rejected by a renown special needs pre-school as our son was identified as non-compliant and unworkable. We finally found a private daycare that is costly, and on top of the regular fee they are insisting John does additional therapy at additional cost because of his compliance issues. Unfortunately we cannot be reimbursed by insurance for that as he has no diagnosis of autism (which we do not think he has).

As challenging as his medical issues were, what we are working with now is heartbreaking, but we love our son who is a sweet, affectionate, and kind boy.